On a visit to Argentina one year, a family visited a petting zoo. Not your ordinary petting zoo as one of the open animal pens held full-grown lions. The zoo guide invited her family into the pen with these large carnivores assuring them it would be completely safe. The family was amazed that the lions seemed to take no interest in them while petted and scratched. “This is incredible, the mother said; how have you been able to train these lions to be so tame and so safe?”

The guide responded, do you see the small dogs in the pen with the lions? When the lions are small, we keep the dogs in with them. The dogs snap and yap at them mercilessly, and the lion cubs cower in fear from them. As the lions grow, they still maintain their fear of these small dogs, which can easily control them. The lions were powerful and could crush one of the little dogs with one swift paw, but the lions did not see themselves as they were, powerful kings and queens of the Savannah. They accepted the fear they had learned and allowed it to rule their behaviors.

“They accepted the fear they had learned and allowed it to rule their behaviors.”

Where are those fears that we harbor inside that are like the pesky little dogs yapping at us, continually keeping us cowering with fear, anxiety, and lack of confidence? Do you see yourself as you truly are? Do you see yourself as the Savior sees you? You have the power and ability to uncover those deeply harmful internal beliefs that bring darkness and uncertainty into your life. You have the power to identify those harmful lies, those lies of darkness, and replace them with the light of your true identity.

“You have the power and ability to uncover those deeply harmful internal beliefs that bring darkness and uncertainty into your life.”

Try asking yourself what beliefs are restricting you, and then replace those lies with truth. Ask yourself, “Is this belief in my best interest?” and you will get a clear feeling of whether it is restricting or helpful to you. Then ask, what should I replace it with, and again, you will get a prompting.

Are you ready to accept that you have the power to get rid of those yapping fears and doubts and realize how powerful you are? 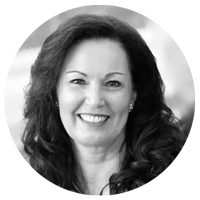 ← Last Read: Are you Addicted or Connected?